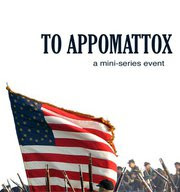 By now, probably many of you have heard of the Civil War mini-series that's in the works, titled "To Appomattox" (click the title for the project's official website). Written by Michael Frost Beckner (pictured below, well-known for his work in TV and film such as the CSI TV series and the Sniper and Spygame films), the 8-part series follows certain main characters throughout the war and after. Characters include Grant, Sherman, Lee and Longstreet.

I have been very honored the past couple weeks to be assisting Michael as the Historical Advisor, working on historical details and interpretations in the script. Several other authors and historians have been assisting with the project since Michael conceived it nine years ago. As I read through the scripts of each 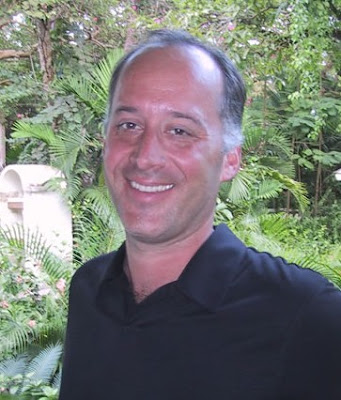 episode, I can tell that Michael has done his homework. In fact, he just called me this afternoon and we spoke for nearly an hour - Michael is a life-long history/Civil War buff and it's obvious that he's very excited to see this project nearing fruition. I can tell that he knows these characters extremely well. I can envision their portrayals on the screen, and I believe Michael is spot-on with their characterizations and personalities. There are no caricatures here. All of the portrayals are very fair and believable, historically accurate and plausible, and historians will be very pleased.

Casting thus far is very exciting. You'll see on the project website that a lot of well-known actors and actresses are on board, such as William Petersen, Michael C. Hall, Paul Giamatti, Will Patton, Bill Paxton, Laura Bell Bundy - and talks are proceeding with other famous actors that will be revealed once they sign their deals. The band Rascal Flatts (one of my and my wife's favorites!) is doing the musical score, and each of them also has a role in the series.

This is the first year of the war's sesquicentennial, of course, and projects about the war and the period are more popular than ever. Besides the number of TV shows showing lately on channels such as History and HBO, movies like the recent "Conspirator" are opening to large audiences. More are coming, too. And I think "To Appomattox" will be extremely popular and critically acclaimed, because Michael is doing it right - he is staying true and faithful to the historical figures, while the dramatic atmosphere is very touching, moving, powerful, and plausible.

Michael is still in negotiations for a network (many are assuming HBO but that's not a given). Several networks are currently very interested in the project.

I'm extremely honored to be assisting Michael with the script and historical details, and I look forward to being involved as the project develops along with other historians. This is truly one to look forward to.

UPDATE: A page of the historical consultants has gone up on the website - see it HERE.
Posted by J David Petruzzi at 1:19 PM