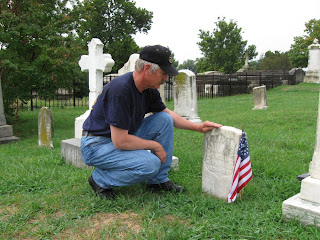 I'm honored to have a post here by good friend and guest blogger William R. Fuzia, who portrays Federal Cavalry officer Alfred Pleasonton. William recently visited the final resting place of Pleasonton and his family in Congressional Cemetery near Washington DC. I've been to the grave once years ago, and asked William to take some new photos for me, which he graciously did. The first one shows him at Alfred's government headstone, the only (and simple) marker at the general's grave. William wrote the following for this post:

"Pictures of the humble gravesite of Major General Alfred Pleasonton in the family plot at Congressional Cemetery, Washington D.C. General Pleasonton served as a career Dragoon and cavalryman from 1844 to 1868. He is best known for his command of the Army of the Potomac Cavalry Corps from 1863-64 and was instrumental in bringing the Union Cavalry to age. May he rest in eternal peace. Thank you for your faithful service, general."

And thank you, William, for providing these updated pictures! 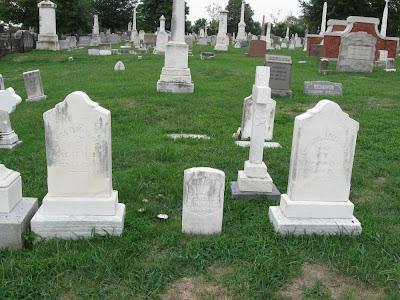 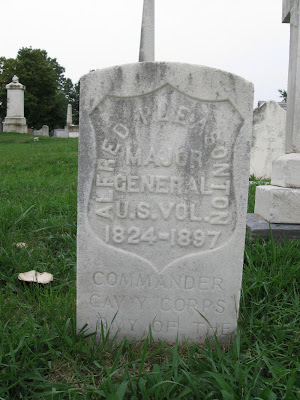 
Our publisher, Savas Beatie, has had a really nice video trailer produced for the new book by me and Steve Stanley - The New Gettysburg Campaign Handbook. They did a beautiful and very professional job with the video. As always, if anyone would like a personally inscribed copy of this or any of my books, please visit my website here.