Buddy Dimitri Rotov has posted a great review of Tom Clemens' The Maryland Campaign of 1862 - Volume 1: South Mountain published by my publisher, Savas Beatie. I got an early peek at Tom's manuscript, and absolutely loved the footnotes - which pushes Tom's treatment of Ezra Carman's classic manuscript many levels above the prior release by Joseph Pierro. Dimitri writes what I consider to be the best reviews, and, true to form, he provides a very thoughtful and informative comparison of the two. Tom has gone far beyond the practice of simply editing and sourcing Carman's work (as Pierro did) by providing eminently useful commentary - and even taking Carman to task at times when it is warranted. Pierro's work basically gives you Carman's manuscript as a reference - which it does admirably - but in a very flawed work. For example, Pierro's book has no maps; it has no photos or illustrations beyond a frontispiece photo; and unfortunately, that front photo purported to be Carman isn't even Carman. A major, embarassing mistake for Pierro and publisher I'm sure. I don't know if they've corrected that in any future printings. I have both books, and with Clemens on my shelf I have no reason at all to ever refer to Pierro's. I eagerly look forward to Volume 2, which Tom is working on now.

But here's the reason for the title of this post... After Ted Savas sent me Tom's manuscript for review (the Maryland Campaign is my second love, and actually I have had photocopies of most of Carman's files for years), Ted asked me to provide a blurb to be included in the book. I was honored to be asked, and after reading Tom's work I immediately thought "Carman would approve" of Tom's work - and I include that statement in my blurb. 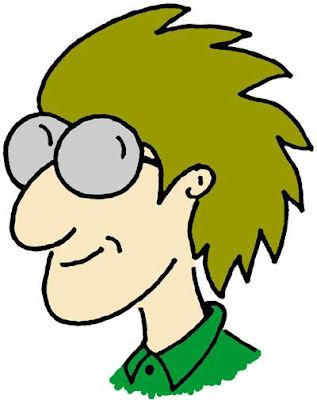 In his comparison of Clemens' and Pierro's works, Dimitri stated that imprimaturs were printed in both, but "...where Joseph Pierro has a dust jacket showing establishment blurbs (hello again McPherson, Davis, Bearss, Wert) Clemens has blurbs from the cool kids: Hartwig, Hoptak, Petruzzi, Rafuse."

I'm a cool kid! And to be as such in the company of Scott Hartwig, John "J.D." Hoptak and Ethan Rafuse just made my week.

I love it. Now, I have to trade in my cheap sunglasses for a designer pair. Hopefully the wife won't mind me wearing them in the house for a while...
Posted by J David Petruzzi at 3:43 PM